The dual-rack PDP-11/34 is on static display at my office, so I’ve written a quick guide on booting RT-11 and getting Colossal Cave Adventure compiled from FORTRAN sources. 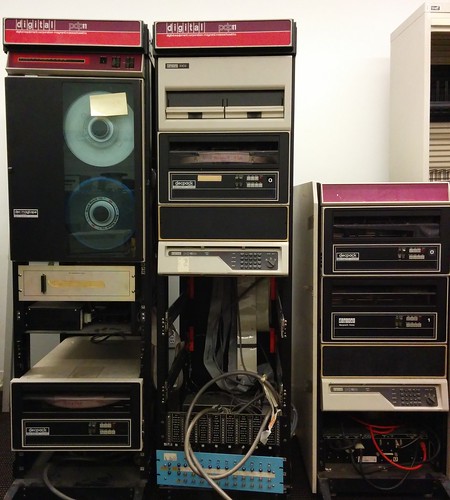 We rescued two PDP-11/34 computers and their associated equipment from a storage unit in the Bronx and have been working on getting them running again. The computing system included multiple RK05 hard drives, two RL02 decpack drives, a TU11 tape drive and tons of media, including “digitized monkey brains“. Read on for more details and the exciting boot sequence.
END_OF_DOCUMENT_TOKEN_TO_BE_REPLACED