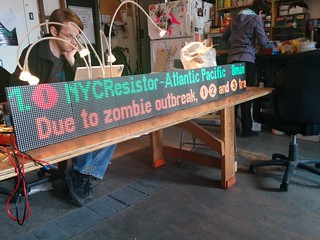 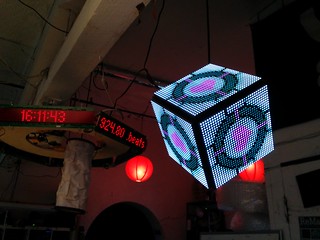 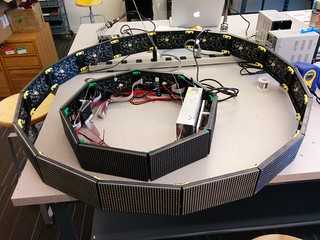 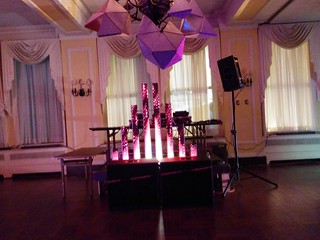 A few months ago we introduced Octoscroller, NYC Resistor’s eight-sided RGB LED matrix display built with jumbtotron RGB LED matrix panels. The interface “cape” has been reworked twice and the LEDscape source code has been refined to handle various arrangements of panels, from rectangular displays to larger polygons to six-sided cubes and minature pyramids. We’ve also updated the code to receive from OPC and other transmitter formats, in addition to local drawing into a user-space framebuffer. 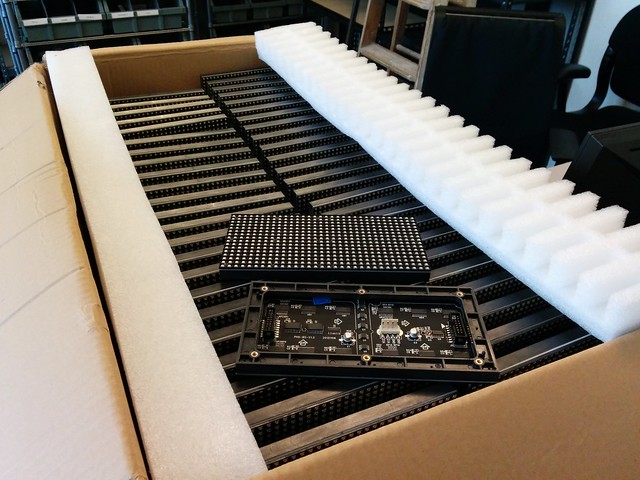 The good news is that we finally have the supply of panels and control boards to offer a class on building your own mini-jumbotron or other shaped display! Included in the class fee are eight of the 32×16 RGB panels, a BeagleBone Black with the Octoscroller^2 cape (capable of driving up to 64 panels at 30-60Hz), a 10A power supply and the wiring to put it together.

You can print or lasercut your own brackets based on how you want to arrange your panels — OpenSCAD and STL files for the octagon, cube and flat brackets are in the source, and Misumi 15mm extrusion works great for larger structural pieces. 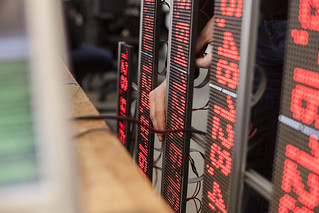 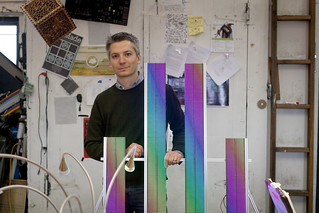 I’m Trammell Hudson, the primary author of the LEDscape code and the designer of the controller boards and I’ll be leading the three hour workshop at NYC Resistor on May 24th. In the class we’ll solder together the board, install the software on the BeagleBone Black, wire up the eight panels and write a simple program to draw on the panels. I’ll also walk through the PRU firmware that handles the real-time interfacing, although this programming experience isn’t required. Buy your tickets here! 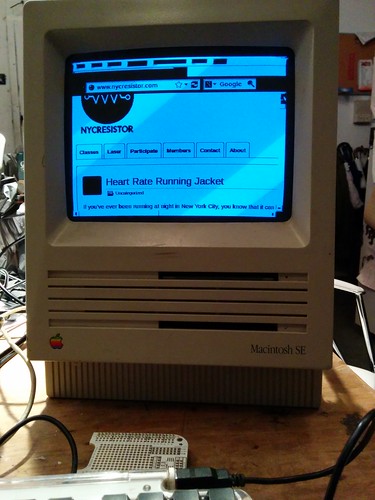 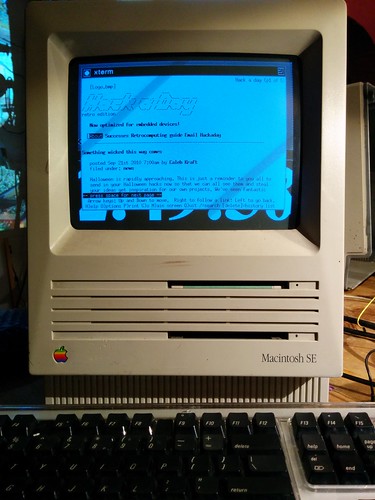 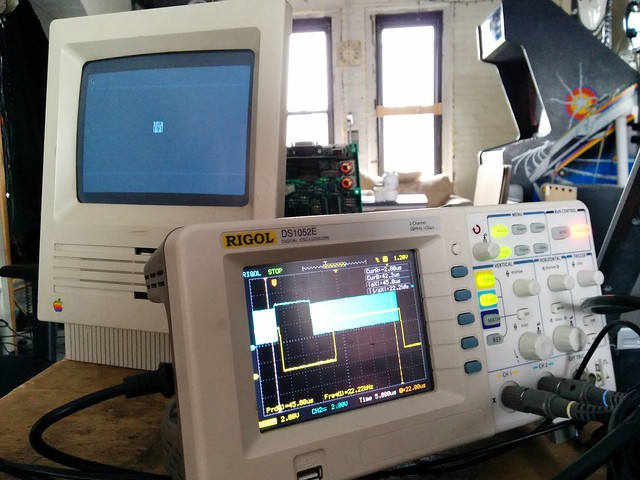 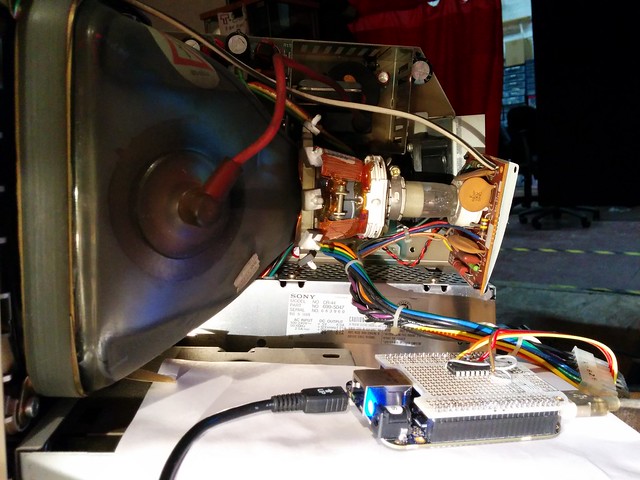 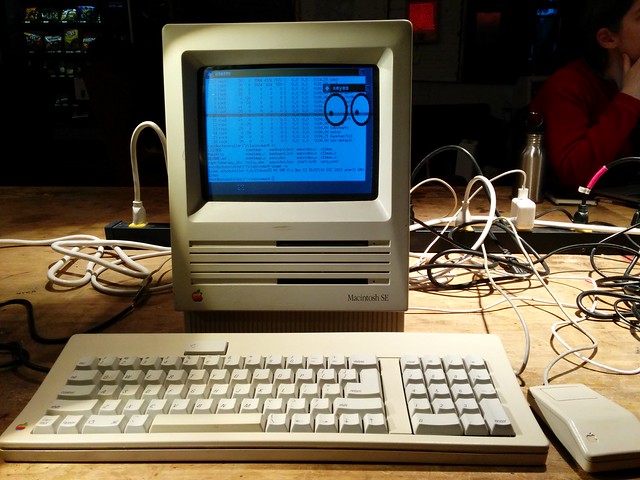