I just had my second visit to Revelation Space, a hackerspace in Den Haag, Netherlands, and this time — I took pictures. This place is seriously tidy and organized, and is full of slick automations. There’s so much inspiration I had to write it all down. 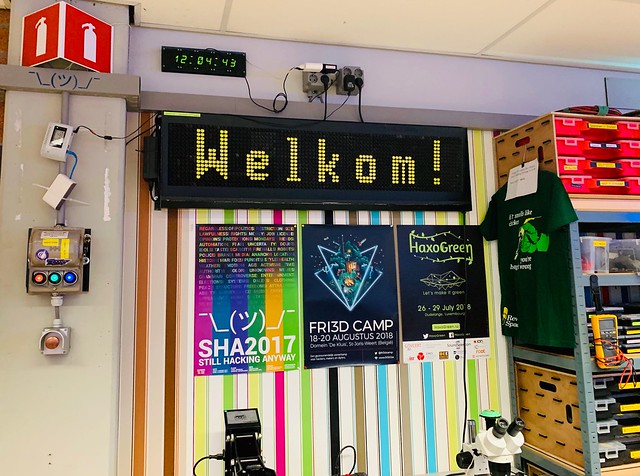 Label All the Things!

At some point Revspace hit upon the same realization that we did: it’s better to just bite the bullet and buy a full standardized set of sturdy shelving and compatible bins than to hack together a storage solution with whatever free and cheap bins you find floating around. It’s no fun trying to get parts out of drawer that won’t open because the plastic tower it’s in is so laden down with stuff that the drawer can’t open anymore. 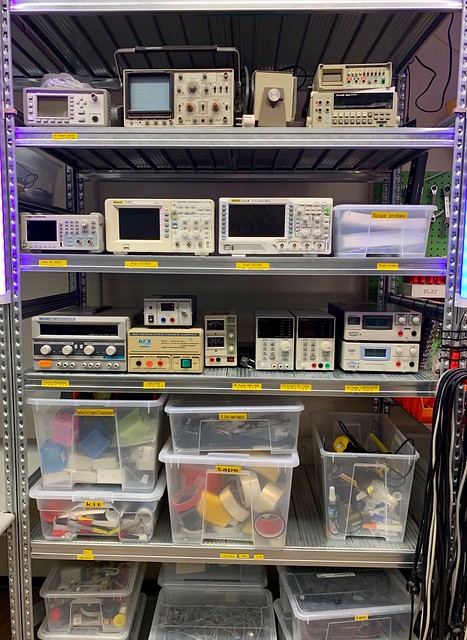 And, omg, they label EVERYTHING. This is awesome, though, because I think a lot of newbie energy is wasted when people want to help clean up but don’t yet know where things go. 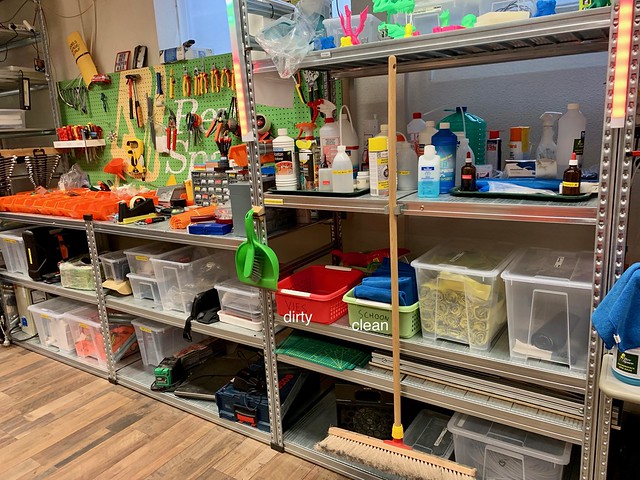 The policy at Revspace is that when you’re done you clean up 110% of your space. And seeing completely bare tables when I first arrived early in the day convinces me that they actually do it. And they have arranged things to facilitate it — of course with the great shelving and labeling, but also with cleaning supplies out front and easy to get to. They even have a washing machine for washing shop towels to cut down on paper towel use. (You can see the bins for clean and dirty rags on the shelf.) 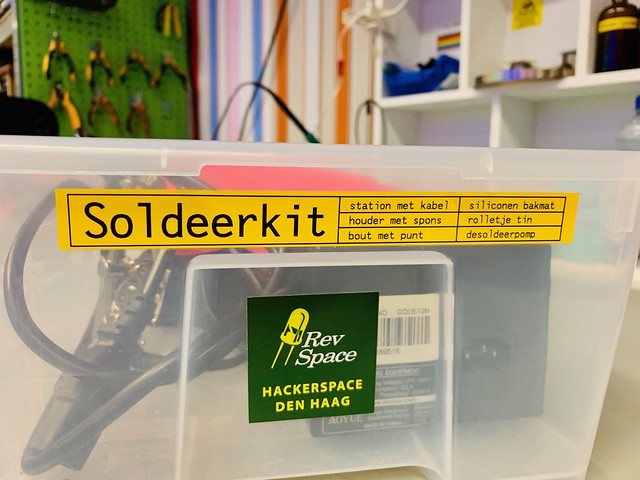 I’m really taking inspiration from their soldering station storage solution, and I’m ready to go replace the falling-apart cardboard boxes that are holding our soldering irons at Resistor. They’ve gone the extra step and include everything you need — including desoldering tools, a roll of solder, helping hands, and even a silicone baking mat from Ikea to solder on so you don’t burn the table. And of course, each box is thoroughly labeled. 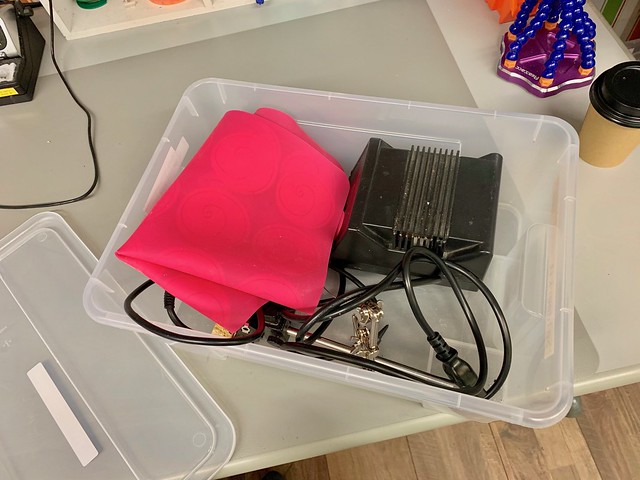 I should also mention, that box is sitting on their surface mount soldering station, which was spotless, of course (except for my coffee cup, oops). 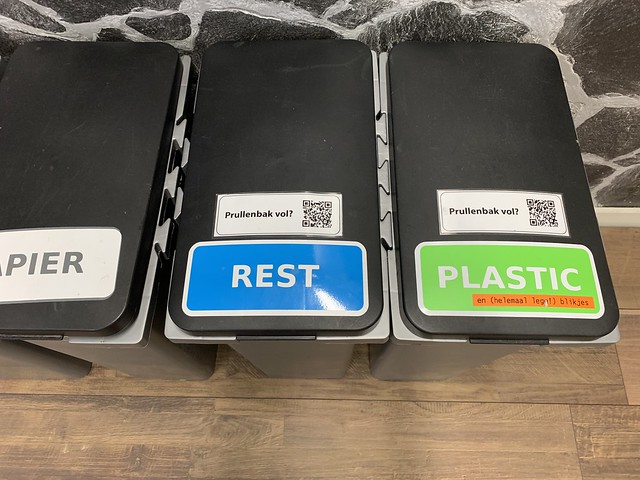 Do people not use you space’s wiki? Do they also not know how to deal with common problems around the space? Here’s a way to kill two birds with one stone: post QR codes that take you right to relevant page in the wiki. The ones in the photo tell you what to do when the bins are full.

Speaking of taking out the trash, here is their solution for dealing with the random chores that need to get done in any space that no one wants to do, or that people feel they don’t get recognition when they do do them so why bother? 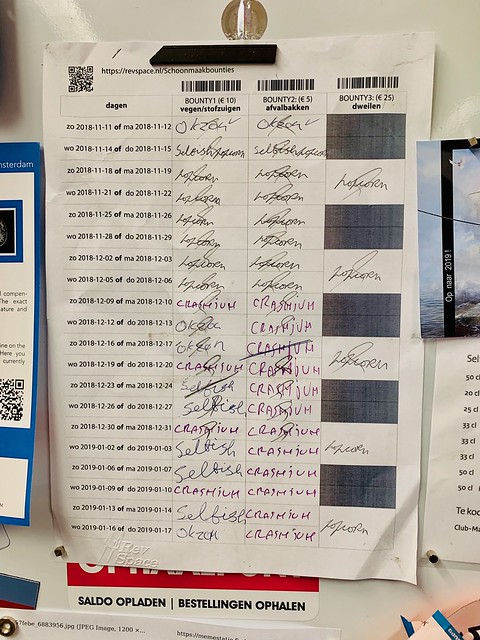 They have a simple sign-up sheet on the fridge. Folks can sign up ahead of time to do a chore, and when it’s done it gets signed-off on and they get paid with a deposit into their RevBank account (more on that in a bit). Here sweeping up or vaccuuming gets you 10 euros, taking out the trash 5 euros, and mopping 25 euros. 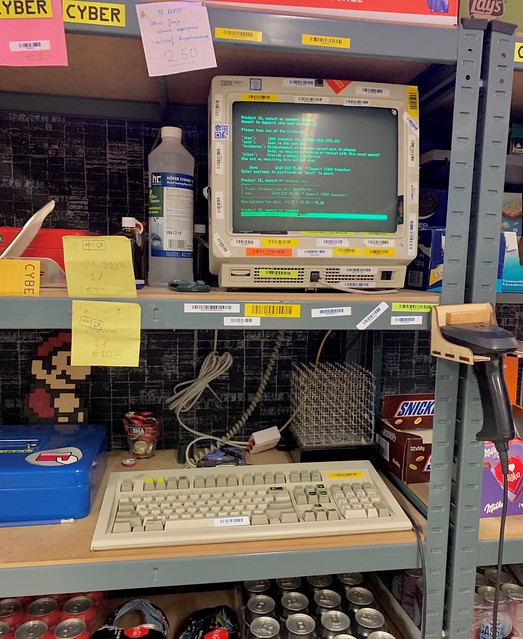 Banking in the Netherlands does correspond to Dutch stereotypes — which is a great thing. You can always split a check in a restaurant and they have some slick mobile apps to keep track of who paid for what during trips and outings that also provide ways for everyone to be reimbursed easily. So it’s no surprise to learn that a Dutch hackerspace has developed their own accounting and funds transfer system to help members pay and get paid. And that would be RevBank.

The public-facing part of RevBank is a terminal sitting right next to the fridge and the snacks, with a barcode scanner attached so you can scan your item, then scan or type your name, and you’re done. The source is here. It’s written in .. uhm, perl. Have fun with that.

I gave it a whirl while I was there, and was able to top up my account with a bank transfer (this statement makes sense in Europe — you can also do cash instead). And then I used it to pay for all my snacks that day. Worked great, quite efficient. 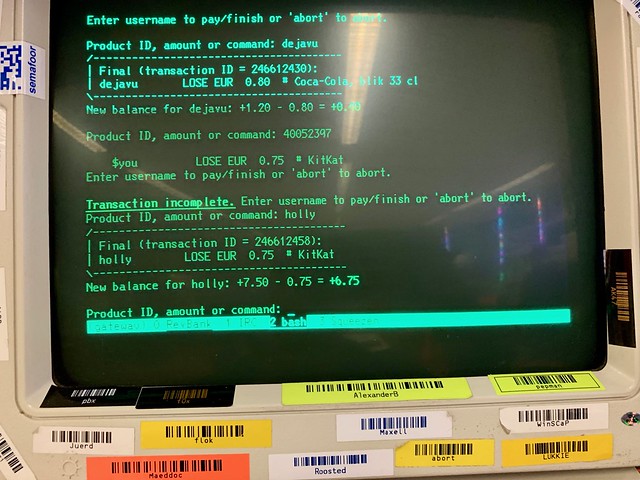 Everything is on MQTT and I Love It 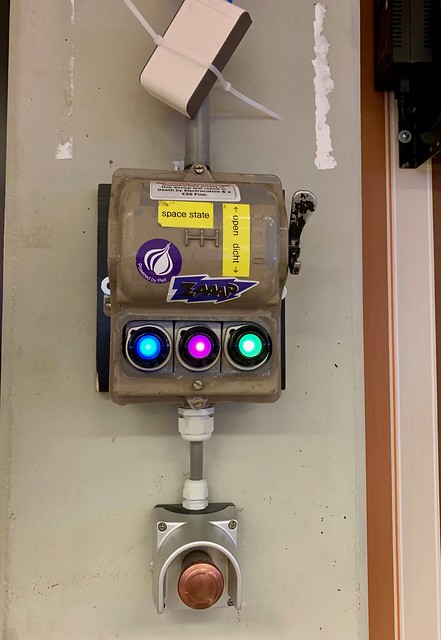 Around the space they have several things under automation, including the sound system, door locks, laser log, a flipdot display (!), and they also have several sensors. I made a dashboard for Resistor with the dashboard modules in Node Red, but I like the look of their’s, which is in Grafana, so I’m looking forward to playing with that. 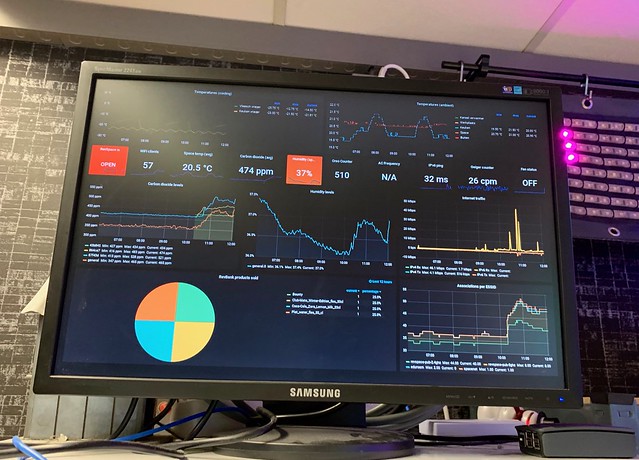 MQTT is a simple publish/subscribe protocol that makes it easy to get a scattered herd of wifi-enabled devices all talking to each other. It’s a delightfully simple protocol, I kind of love it, but it really deserves it’s own post, so check back for a future post on how we integrate it into our own automations at Resistor. 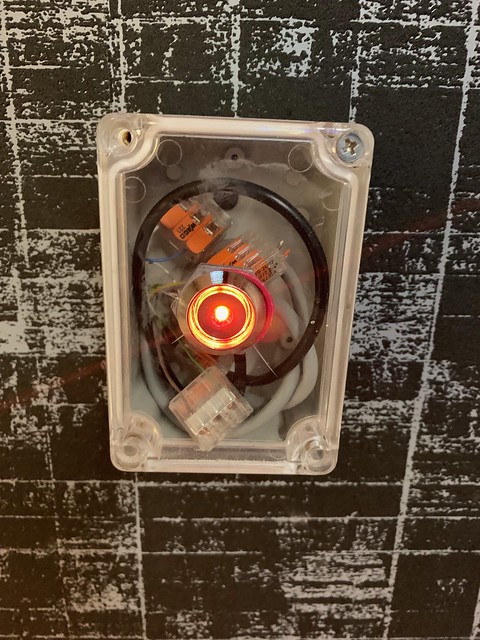 They’ve automated their door locks and have iButton key fobs. Of course there’s also code. They look really cool, but I don’t think we’ll be switching away from our Brooklyn-standard vertical deadbolt anytime soon.

And finally, they have a huge kitchen and they actually cook evening meals in it. There’s a “nomz” button that sounds an alert and updates the flipdot display in the main room when dinner is ready. And you know you’re still in a hackerspace because there’s a wall of maté in there. 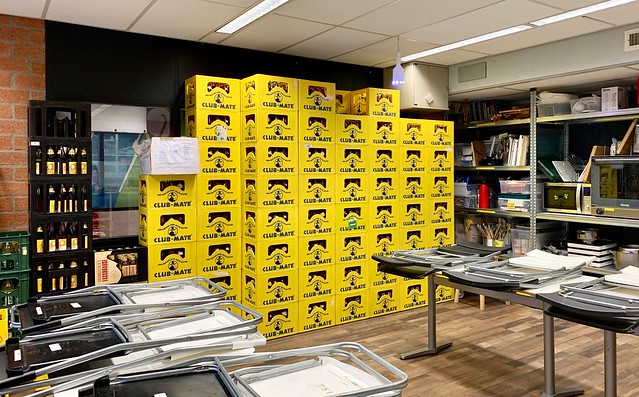 So, if you get a chance, and you find yourself in the Hague, do go check out Revelation Space. They’re very welcoming, and they definitely have it together. Did I mention they label everything? 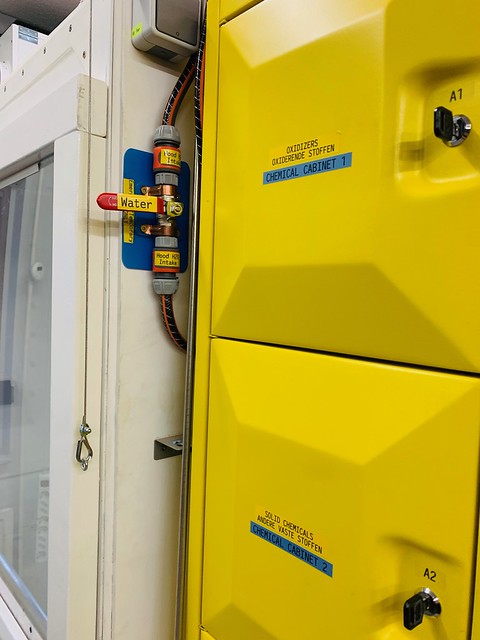